Theodore Roosevelt was down in the dumps in 1916. The world was on fire. The country, with either Wilson or Hughes destined for the White House, was “in the hands of two aloof and cagey deliberators. Wilson and Hughes were men who waited for events to happen and then reacted.” Teddy saw things coming, and got ready.

But as happened in 1912, Teddy allowed his candidacy, and his potential third term, to be derailed in the “smoke-filled room” of the nominating convention. He let party insiders, many with presidential ambitions of their own, talk him out of running, and he surely didn’t help himself by doing the same thing he accused Wilson of doing in Mexico: taking one step forward and two steps back. 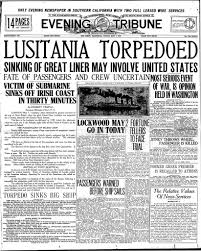 He forgot that his true power came from the American people. In time of war, the best argument to get or retain the presidency was experience in office—it was an argument Teddy’s “fifth cousin by blood and nephew by marriage” would use decades later to win four terms in the White House. In 1916, only two men had the kind of experience the country knew it needed—Wilson and Roosevelt.
But Teddy allowed his emotions to get in the way, and his political shrewdness and canny assessment of the mood of the people was lost in a wave of self-pity. 1904 Theodore Roosevelt went after what he knew to be best for the nation. 1916 Teddy waited to be asked, not by the people, but by cynical party insiders. And he let his temper get the best of him.

As President Wilson had once said about Teddy, “The way to treat an adversary like Roosevelt is to gaze at the stars over his head.”