Rome’s greatest orator pointed his finger at Cato the Younger and said, “Do you not see a storm coming?”

Marcus Tullius Cicero was consul for the year 63 BC, and thanks to the aforementioned storm, was a virtual dictator. But he had a number of problems, and he was going to use Cato the Younger to try and solve them.

Here’s the thing: it wasn’t just one storm. 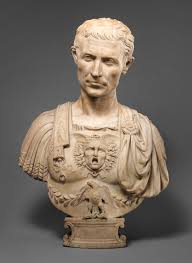 Cato ran for his first office in 67 BC—military tribune. This would put him in command of a legion of about four thousand troops and pave his way to a Senate seat when his year was up.

He campaigned for his first office at a time when the average Roman-on-the-street was feeling pretty nervous about the state of the Republic. Rome’s success had come, in part, from its ability to learn and adapt, to see what worked and make it their own. Military formations and tactics, education, politics, engineering, territorial conquest and management—the Romans were great learners. The problem was that the lessons currently being taught were the ones that would ultimately end the Republic.

He won his election and went to take command. Like his famous great-grandpa, he shared his men's hardships and they loved him for it.

When the year was up, he went back to Rome and took over the Treasury, calling in old debts and paying off others. But his moral handling of the public trust didn't survive past his term in office.

Back in the throes of corruption, a new populist arose - Catiline - who proposed cancelling all debts and redistributing land to the poor. The elite of Rome freaked out, and backed another "man of the people" candidate to beat him - Cicero, Rome's greatest orator.

But Catiline didn't give up, and planned to take the city by force.

Cicero and Cato were going to have to team up to stop him.