Podcast Episode 54 - The Men Who Would Be Washington, Part V

1776 was a great year for Charles Lee. He had overseen the defensive preparations in New York, Virginia, and North Carolina. The British didn't attack those places, which Charles called a win. He successfully led the defense of Charleston, South Carolina against a British assault, which he also put in his win column.
Then he was ordered to New York, which was under serious threat from the British, and where he would be, for the first time in his Revolutionary War service, under the command of someone else.
This wasn't one of Charles's strong suits. But his luck was holding, and he was greeted in New York as the savior of the cause.
George Washington's luck, on the other hand, was pretty bad. The British had him trapped between a massive army and navy, and the Continentals were suffering major setbacks. Plus, he had to listen to the cheers of his men when the most battle-tested general in the army showed up. 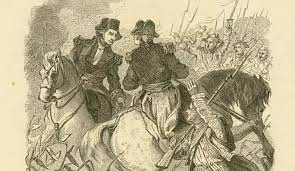 But George's luck was going to change come December. He was going to have a great Christmas.
Charles Lee, on the other hand, was not.
at October 24, 2022 No comments:
Email ThisBlogThis!Share to TwitterShare to FacebookShare to Pinterest
Labels: American history, American Revolution, history, History Podcast, Washington, world history

Podcast Episode 53 - The Men Who Would Be Washington, Part IV

After the British abandoned Boston, their next move was unclear. The Continentals believed that the next attack would either hit Canada, New York City, or the Southern colonies.

It is worth noting that new General Charles Lee was appointed to each of these commands. He became the early Revolution's troubleshooter.

And there was a lot of trouble to shoot. 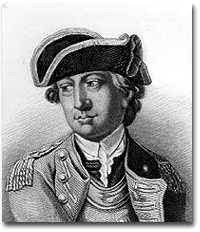 There were British Loyalists, runaway slaves, poorly equipped and trained Continental militia, and civilian governments who didn't seem to realize that the British were about to rain hell and damnation down on them.
at October 20, 2022 No comments:
Email ThisBlogThis!Share to TwitterShare to FacebookShare to Pinterest 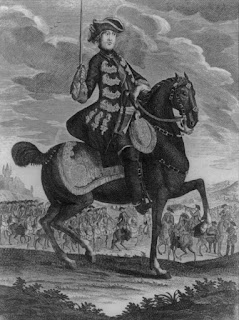 Podcast Episode 51 - The Men Who Would Be Washington, Part II

It didn’t start when he joined the Continental Army in 1775. Charles was predisposed to crabbiness. His father was a British major general and his mother was descended from landed gentry. He was the youngest child, and the only son to survive to adulthood. A place of stature had been carved out for Charles, and he meant to have it.
He pursued a career in the British Army and served in the colonies during the French and Indian War, where he met George Washington and Thomas Gage. When the war was over he went adventurin', getting into duels, hanging out with kings, and sticking it to the Ottoman Empire, which is always a good idea. 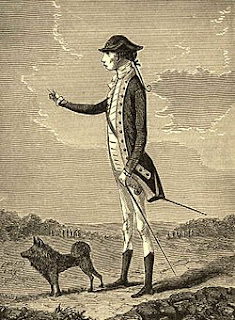 But his complaining, about his superiors in the army and THEIR superior, King George III, meant that England was a bit too hot for Charles. So he and his little dog went to America to see what kind of trouble they could get into.
Which in part meant, just maybe, being appointed commander of the Continental Army instead of George Washington.
at October 05, 2022 No comments:
Email ThisBlogThis!Share to TwitterShare to FacebookShare to Pinterest
Labels: American history, American Revolution, history, History Podcast, Washington, world history
Newer Posts Older Posts Home
Subscribe to: Posts (Atom)