Podcast Episode 50 - The Men Who Would Be Washington, Part I

Was George Washington truly America's indispensable man?
John Adams thought so, and lots of later historians agreed. Washington had the qualities the country needed at the time - dignity, gravitas, and integrity. He was perceived to be above the kind of petty squabbles that would doom the newborn republic.
But things very nearly didn't go his way. After his defeat at the Battle of New York in 1776, the war, and with it the Revolution, was nearly over.
Had Washington not managed to get things back on track, there were a few other commanders who would have been quite happy to take the top spot. 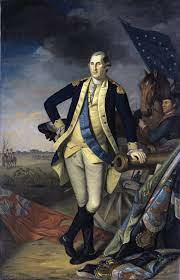 Washington saved the day with a couple of surprise wintertime attacks, but things had a way of turning against him.
1777 saw a string of British victories, except for one smashing battle won by the Americans. The only problem - George wasn't the general who won the victory.
Uh oh.
Sources 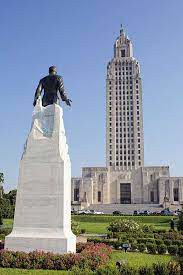 Podcast Episode 48 - The Most Dangerous Man In America, Part V

Huey had lost patience with the United States Senate. Which was okay – they were fed up with his antics, too, and he had only been a Senator for a year or so. They wanted no part of his wealth redistribution plan, loud suits, cigars, and complete lack of personal boundaries. Huey could talk the sun down every day, but his ideas were never going to be made into law.

“A mob is coming to hang the other ninety-five of you scoundrels,” he warned his Senate colleagues. “And I’m undecided whether to stick here with you or go out and lead them.”

It turns out that Huey wasn’t really THAT undecided. 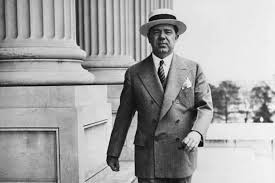 Huey Long was losing political control of Louisiana, thanks to the Depression-era policies of the new President. Federal jobs, which were literal lifesavers, were given to Huey's opponents.

Huey's own dictatorial behavior was costing him support among the people of the state, so he took his show on the road, appealing to masses of poor Americans and fueling the fire for a 1936 presidential run.

FDR's Justice Department started investigating Huey's financial shenanigans, a trick that had worked on Al Capone, but that was taking too long.