It's 81 BC, and ancient Rome is under the control of the drunken bloodthirsty dictatorship of Cornelius Sulla.

Cato the Younger, fourteen years old, was taken under Sulla's wing for a front-row seat to the bloodbath. 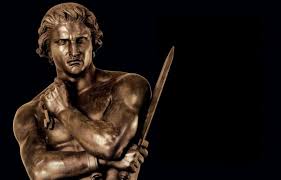 Rome's problems didn't end when the dictator drank himself to death.
Spartacus, a former slave and legionnaire, raised a huge rebel army in the city's back yard, the renegade general Sertorius had essentially taken over Spain, and annoying old Mithridates was taking a third swing at the Roman pinata.

Cato the Younger found plenty of opportunity for career advancement in these tense times.