Podcast Episode 20 - The Most Dangerous Man in America, Part I: The Impeachment of Huey Long

The governor of Louisiana was in serious trouble, but he didn’t really know how bad it was.

Until it was almost too late. 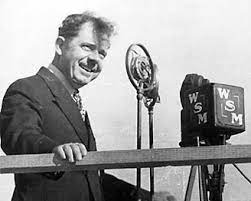 Huey Long was far more than just a guy who told the people what they wanted to hear. “There are smarter guys than I am,” he said, “but not in Louisiana.” By the end of his riotous reign, he had seized more personal control of the state than any other governor in its history.

He “orchestrated elections, padded voting lists, and directed the counting of ballots.” He assaulted the press with gag laws and oppressive tax increases. He used the state militia as his personal bodyguard and goon squad. He packed the courts, local governments, and state regulatory boards with his people.

Or so he thought.

at October 29, 2021
Email ThisBlogThis!Share to TwitterShare to FacebookShare to Pinterest