Julius Caesar was finally ready to put an end to that pesky civil war.

His best legions had mutinied while he was away in Egypt consorting with Queen Cleopatra. He had left Rome in the hands of less-capable surrogates for about a year, which gave the remaining Republican resistance time and space to fortify the North African city of Utica, under the careful management of Cato the Younger.

Caesar had had enough. It was time to finish this once and for all. 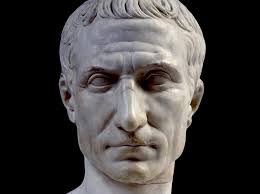 After winning the Battle of Thapsus, Julius Caesar entered Utica to find Cato already dead and buried. He said, “I begrudge you your death, just as you begrudged me the chance to spare your life.”
Even though he had ultimately won the civil war, Caesar knew that he had been beaten.


Eighteen centuries later, when George Washington huddled with his men at Valley Forge, knowing that they were all that stood between an American republic and subjugation by a king,  Cato the Younger was the example he followed.

In defying Julius Caesar, Cato the Younger played a big part in the birth of democracies centuries later.