Julius Caesar tried to paint Cato the Younger’s suicide as the depraved final act of a crazed fanatic.

In the triumph he celebrated after his victory over the last Republican holdouts in North Africa, he had paintings carried through the procession showing Cato “tearing open his own wound.” All this did was engender sympathy for Cato, who killed himself rather than submit to Rome’s new tyrant, who was granted a dictatorship of ten years.

The Republicans who had accepted clemency from Caesar now began to feel ashamed that they had taken the easy way out. Cato’s nephew Brutus divorced his wife without explanation and married Porcia, Cato’s daughter. He wrote a book about his uncle-turned-father-in-law, praising his steadfast commitment to Republican virtues.
Brutus even managed to persuade Cicero to write his own story of Cato, but his book focused on his old ally’s “personal virtue and steadfastness rather than his political career.” Cicero, typically, was afraid of offending Caesar. He had also known Cato at his best and worst, and likely didn’t want to rehash their shared history, which would remind everyone that Cicero caved to a dictator to save himself and Cato did not. He much preferred Cato as a symbol than a living, righteous man, who more often than not rebuked Cicero for his own lack of righteousness.

Even watered-down, these books about Cato were not good for Caesar’s regime. “Within months of his suicide, one of Caesar’s bitterest opponents was being held up as the ideal of aristocratic virtue in books which were openly circulated and widely praised.”

This is just the kind of thing that would not have been tolerated when Sulla was dictator. Maybe Julius Caesar really wasn’t the best at everything. 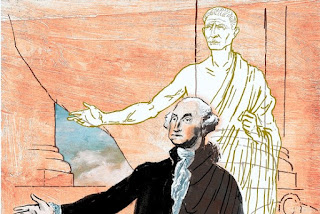