The most famous American in the world was about to have one of the worst days of his life, and everyone who was anyone in London wanted to be there to see it.

Benjamin Franklin had been summoned to the Cockpit, a room King Henry VIII had once used for cockfighting, to appear before the King’s Privy Council in late January 1774. His ostensible purpose for being there was to deal with a petition sent by the Massachusetts colony to have their governor removed, but with the colonists getting all uppity and turning Boston Harbor into the world’s biggest teapot, the Council was going to take out all of its pent-up frustration with their cranky subjects on America’s best-known representative. 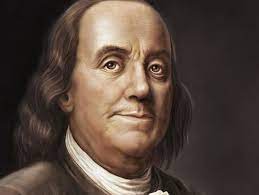 There’s no way to overstate the effect one hour in the Cockpit had on Benjamin Franklin. Up to that point he had been a strong advocate for peace between England and America, and his fame and reputation for wisdom was helpful in cooling tensions. His innovative way of thinking constantly came up with ways to smooth things over. He believed that the colonists’ notion that England was run by men who wanted to deprive them of liberty was “unduly paranoid.”

But after an hour in the Cockpit, Franklin believed that the King and his ministers could no longer be trusted. Had he not gone through the ordeal, he might have remained in London, working behind the scenes to forestall war and independence. After his trial he had little choice but to go back home. If the powerful Englishmen he had known and got along with could delight in the vicious attacks against Franklin, one of the most esteemed Americans alive, how would they ever see their colonists as equals and partners?

Always a smart fellow, Ben knew the answer to that one. Before the Cockpit, he had been working for both sides in the conflict between England and America. After, he was only working for one.
Sources
Isaacson, Walter. “Benjamin Franklin: An American Life.” Simon and Schuster, 2003.