It’s almost like Cato the Younger had no idea he was putting his head in the lion’s mouth.

In the space of two years he had managed to get on the wrong side of Julius Caesar, Rome’s up and coming populist leader, Pompey the Great, Rome’s greatest living general, Marcus Crassus, Rome’s richest man, and Marcus Tullius Cicero, who had been Rome’s most recent consul, and for a few minutes there, the man with near-absolute power over the state during the Catiline Conspiracy.

Stubborn sticks in the mud like Cato are not impressed with anyone. This is what makes them formidable.

Caesar, Pompey and Crassus were on a path to power that would ultimately end the Roman Republic.

Cato the Younger was standing firmly in their way, and he had to go. One way or another. 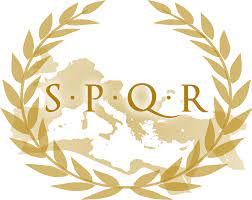