Podcast Episode 41 - The First Secretary of the Navy

We’re doing something special this week on History’s Trainwrecks. I was recently interviewed on the Presidencies of the United States Podcast about the first Secretary of the Navy, Benjamin Stoddert. Host Jerry Landry has a special series of episodes about Cabinet members called A Seat At The Table, in which he covers a Cabinet member and rates them based on a number of criteria.
He invites a fellow history podcaster on these shows to take a look at these often little-known historical figures, and he never tells his guest who the subject of the episode is until the tape starts rolling, so to speak, and it’s too late to back out.

It’s a lot of fun. Especially for Jerry. 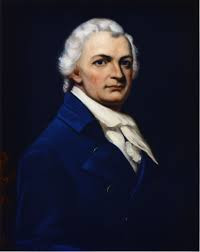 As you might suspect, I knew nothing about Benjamin Stoddert, which is ok. There isn’t a lot of historical research available on him. It turns out he had a bit of a shady past, which was also a lot of fun.

But this episode has a surprise ending.

I hope you enjoy it, and check out nerds.historystrainwrecks.com for more on the Presidencies of the United States podcast. If you love history and are fascinated by the American Presidency, as I am, this show is for you.